Reintroduction of the Nubian ibex in Lebanon

Until the mid-nineteenth century, when habitat destruction and hunting caused its progressive extinction, the Nubian ibex (also known by its scientific name, Capra nubiana) inhabited the mountains of Lebanon. A team of Lebanese and Italian technicians and researchers is working to reintroduce the species into the Shouf Biosphere Reserve, its original habitat. 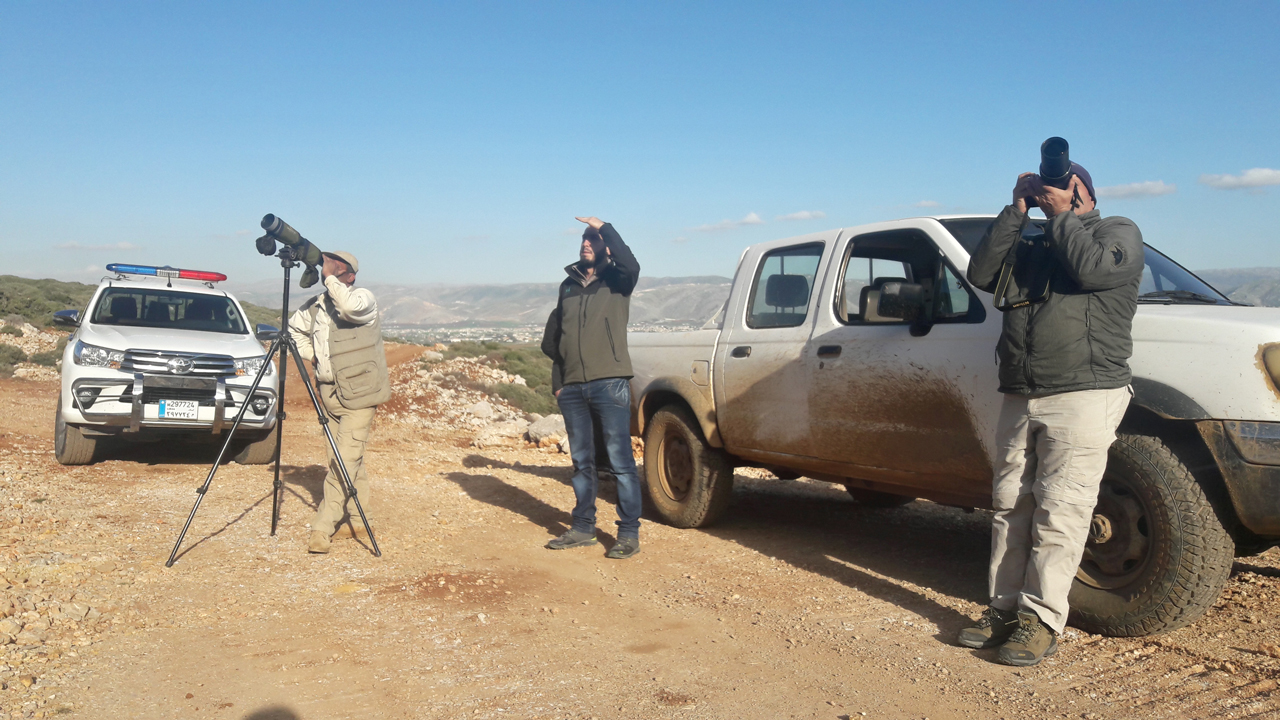 The first phase of a long-term cooperation programme between Istituto Oikos and the Shouf Biosphere Reserve (Lebanon) began on the  13th of October 2017. The objective of the initiative, initially supported by the Beirut headquarters of the Italian Agency for Development and Cooperation, and later by the MAVA Foundation, the Mohammed bin Zayed Foundation and the Prince Bernhard Nature Fund, is very clear: reintroduce the Nubian ibex (Capra nubiana F. Cuvier, 1825, a species globally classified as "vulnerable" to extinction), in the mountains of Lebanon from which it disappeared almost two centuries ago.
On that day in 2017, twelve specimens of the Nubian ibex, the founding fathers of the future Lebanese population, were transferred from a vast fenced area located within the Wadi Rum (Jordan) protected area to an equally large fenced area located on the eastern edge of the Shouf Biosphere Reserve in Lebanon. In the following months, the animals were intensively monitored using photo traps to verify the degree of adaptation to the new living environment and their state of health. Still now, twice a month, an operator of the Shouf Reserve collects data and images from the area where the animals are contained, verifying births and the status of the nucleus. After three reproductive seasons since their arrival in the country of the cedars, today there are nineteen ibexes and with no doubt they seem adapted to the habitat of the Lebanese mountains.
In the meantime, the team of experts from Istituto Oikos and the Lebanese Reserve have drawn up a five-year ibex management and monitoring plan, which identifies the most suitable areas for the release into nature and provides guidelines for the management of the Shouf's forest-pastoral habitats. One of the most relevant section for phase two of the project particularly focuses on the reintroduction of animals into the wild. Indeed, the long-term objective of the operation is the creation of a viable, free-living population that can reproduce and live in balance with the Lebanese mountain ecosystem and the resident human populations.
For this purpose, groups of about 15 Nubian ibexes will be released in the Shouf in consecutive years, until reaching the minimum threshold of 45 so-called "founders". In order to monitor the progress of the initiative, before the release in the wild the animals will be provided with coloured ear tags, microchips and radio collars: these devices will allow to constantly know the position, but also the state of health, of the "pioneers" of the new population of Lebanese Nubian ibex. The release in nature will therefore be the second step of a long process, which will include field monitoring, possible environmental improvement actions, control, and support initiatives for zootechnics and awareness raising actions aimed at local communities.
The enterprise is challenging, as are all reintroduction operations. But it is achievable since, as the study on which the management plan is based well demonstrates, some of the causes that led the Nubian ibex to extinction no longer exist today, while others can be tackled and overcome through a shared commitment of all the actors involved. On the other hand, the return of this majestic ungulate to the mountains of Lebanon will have higher chances of success namely if the project is managed with professionalism and long-term support. Which in turn it will be a unique opportunity for the protection of the Lebanese biodiversity, for increasing public awareness on environmental conservation issues and for the enhancement of the ecological wealth of the territory.

Since 1996 we have devised and developed over 350 projects in Italy, Europe and in the South of the world. Discover how we carry out our commitment to safeguarding the environment and promoting sustainable development.