Istituto Oikos and Alpine ibex: a story that is worth telling

The cornerstones of Oikos' existence and actions

Story and goals of “Stambecco 2020” (Ibex 2020) project: an Istituto Oikos, Stelvio National Park, Adamello Brenta Nature Park and Univerisity of Sassari initiative for which the institutions involved are looking for supporters, funders and sponsor. 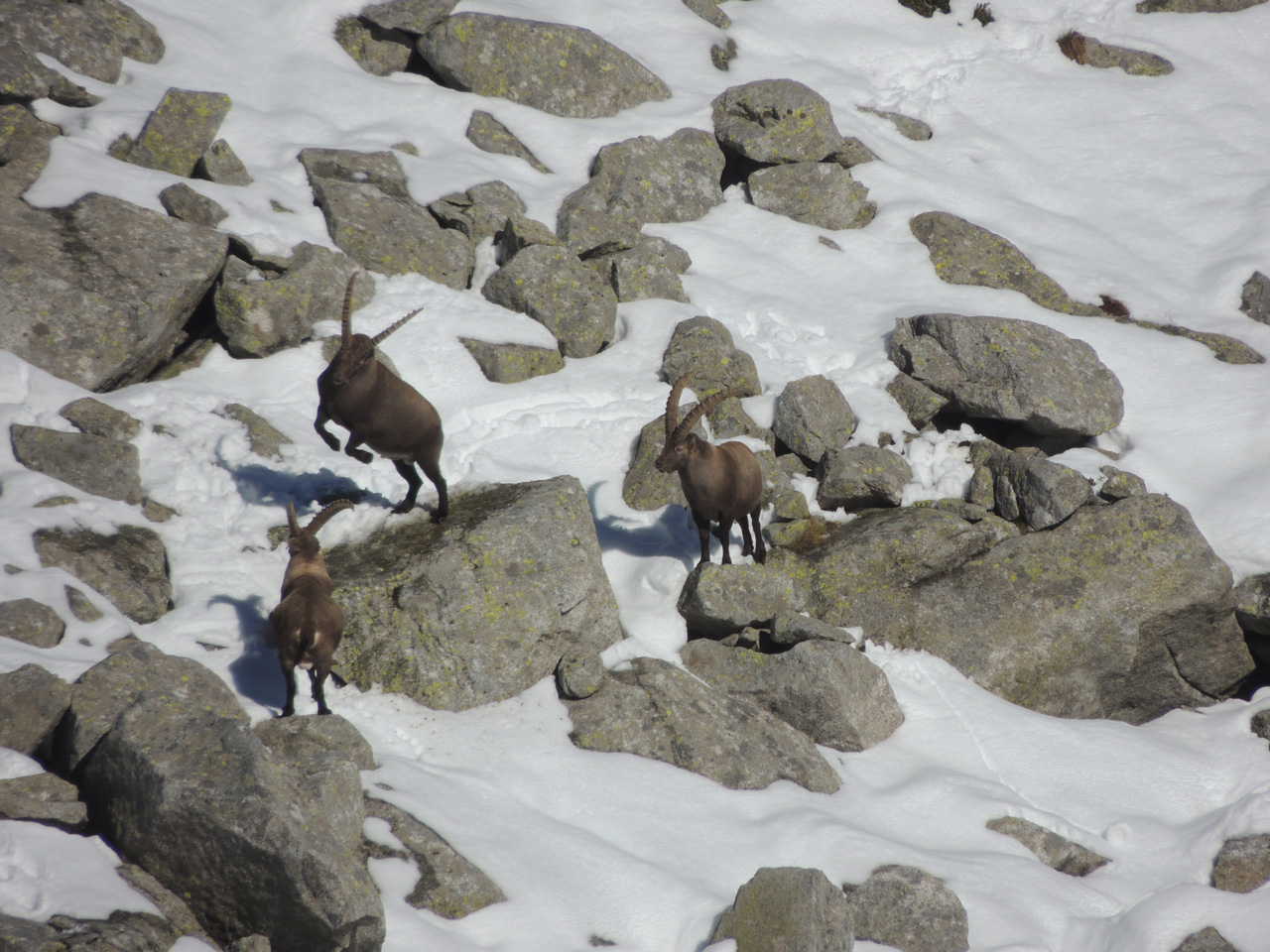 In particular, the document "Initiatives to promote the conservation of the species in Central Italian Alps" analyzes data made available by Group Ibex Europe relating to 24 colonies in the central portion of the Italian Alps and, from these, brought management suggestions for 7 Management Unit. These are concrete steps regarding the need to increase knowledge on the colonies, or direct interventions on the habitat or species (reinforcement, reintroductions, etc.) which, if properly managed also at the level of communication, could lead to noticeable positive effects on the whole ecosystem.

With the hope that the proposed initiatives, if implemented individually or in a common plane and shared, will stimulate an overall strategy among all the structures / authorities / organizations concerned with the conservation of the species.

IF YOU WANT TO CONTRIBUTE TO THE PROJECT OR GET MORE INFORMATION, WRITE TO:

TO SEE THE VIDEO ON MALES IBEX FIGHTING CLICK HERE

Some people think it is a slow, booby, boring animal: too easy to approach! As if thousands of years of evolution were to bring an animal to be quick, smart and wary…
Actually, Alpine Ibex is simply a glacial relict, forsaken in our mountains, a wild goat survived to the passing of time. A goat: nothing more, nothing less.
Ibex is a part of a bigger nature of which, sometimes, we find it hard to get the deep meaning. But we often give meaning to things and, as if by magic, ibex becomes something more than just a goat: an element of great ecological and social matter.

In this context, for Istituto Oikos ibex became one of the cornerstones of its existence and actions. The story of ibex and Istituto Oikos grew together with wildlife conservation, as a discipline that drives modern man’s desire to get closer to the nature repairing, when possible, to the mistakes of the past.
Ibex is, in fact, a good example, perhaps the best, to tell how much man’s attitude towards nature has changed with time.

The species, always hunted, at the beginning of the XIX century was close to extinction. For this reason, King Vittorio Emaneule II of Savoy decided to protect it. After numerical recovery, in the following decades, ibex was “abusively” moved to the Swiss Confederation, with the theft of several goats in the valleys of Piedmont and Val d’Aosta.

Subsequently, with the growth of man’s attention to nature, ibex became the protagonist of several reintroduction pioneering operations, often realized without careful studies to assess naturalistic correctness and thus with the introduction of inadequate number of animals, so as to give rise to groups with fragile genetics.

Only from 1980’s structured project for the reintroduction of ibex in the Alps started, with a large-scale conservation strategy which involved various Alpine regions. In this period, thanks to the work of Professor Guido Tosi, Lombardy Ibex Project started: over little more than a decade, such initiative allowed the liberation of 200 ibex in a dozen areas of the region.

Lombardy Ibex Project was crucial for the development of conservation strategies to be adopted as part of reintroduction projects, not only for ibex, but also for other mammals. For example, just think that the brown bear reintroduction project in Trentino (Life Ursus project) was based on the same logical processes used for ibex, adapting the various measures to the peculiarities related to the biology of the species and to the local context.

In other words, around ibex a formal apparatus, which has led to a rationalization of resources available in wildlife and which gave dignity to a profession often based until then on improvisation, was built.

Thanks to ibex, important pages of textbooks on conservation, a discipline that needed to gain experience to grow up, were written.

Istituto Oikos was born in 1996 also to satisfy this need for growth and, not coincidentally, put almost immediately ibex in the middle of its logo. Symbols are a statement of intent and ibex figure is meant to represent, since nearly two decades, the need for action with rigor and professionalism to save natural resources of our planet. To remind the organization’s commitment in Africa, we chose to insert in the logo an ibex stylization that looks like an antelope.

The commitment in environment protection is too important to be based only on individuals’ desire and passion. Detailed studies are needed, on which to base shared rules for concrete results.

In all of these beliefs lies the uniqueness of Guido Tosi (one of the founders of Istituto Oikos) message, which can be summed in a few simple words: professionalism, commitment, creativity.

There’s a clear logical thread linking Oikos and ibex conservation. On these assumptions, maybe a little romantic but of unquestionable importance, it was decided to “go further” and propose a new phase of work to stabilize ibex presence in Central Alps.

As the responsibility for making the biological conservation a real discipline was shared among many researchers and technicians, so the project of conservation of ibex on Central Alps was conceived thanks to a close collaboration between Istituto Oikos, University of Sassari - where Professor Marco Apollonio, always engaged in wildlife conservation, works - Stelvio National Park - where Doctor Luca Pedrotti works since several years - and Adamello Brenta Nature Park, where lives an ibex population shared with Adamello Park in Lombardy. Four frames for a single project.

Because a wild goat can be much more than what it is, in the splendor of its essence of wild animal…

Since 1996 we have devised and developed over 350 projects in Italy, Europe and in the South of the world. Discover how we carry out our commitment to safeguarding the environment and promoting sustainable development.